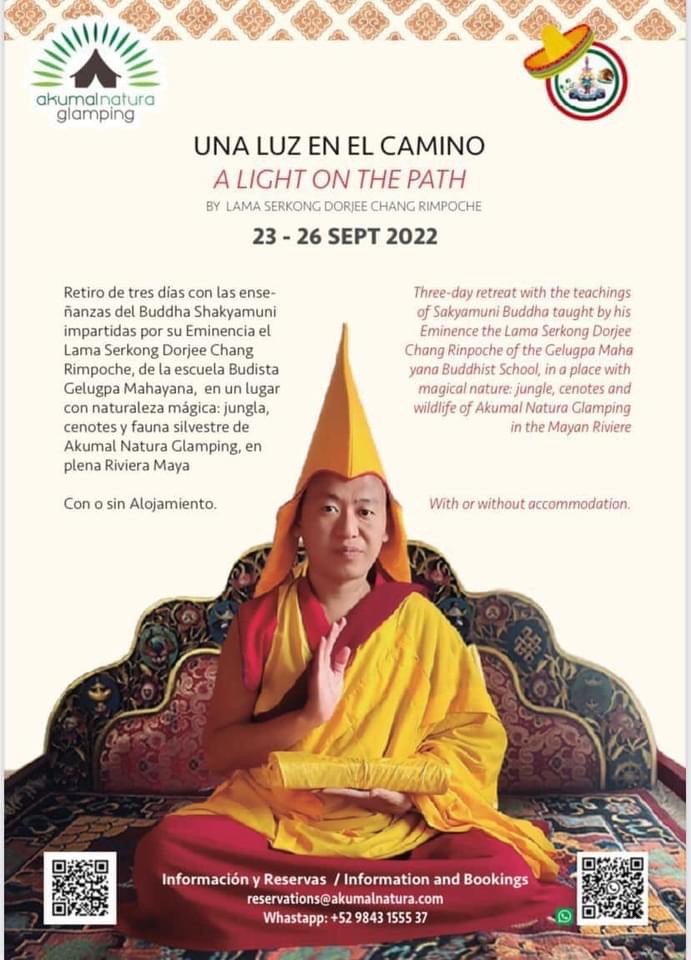 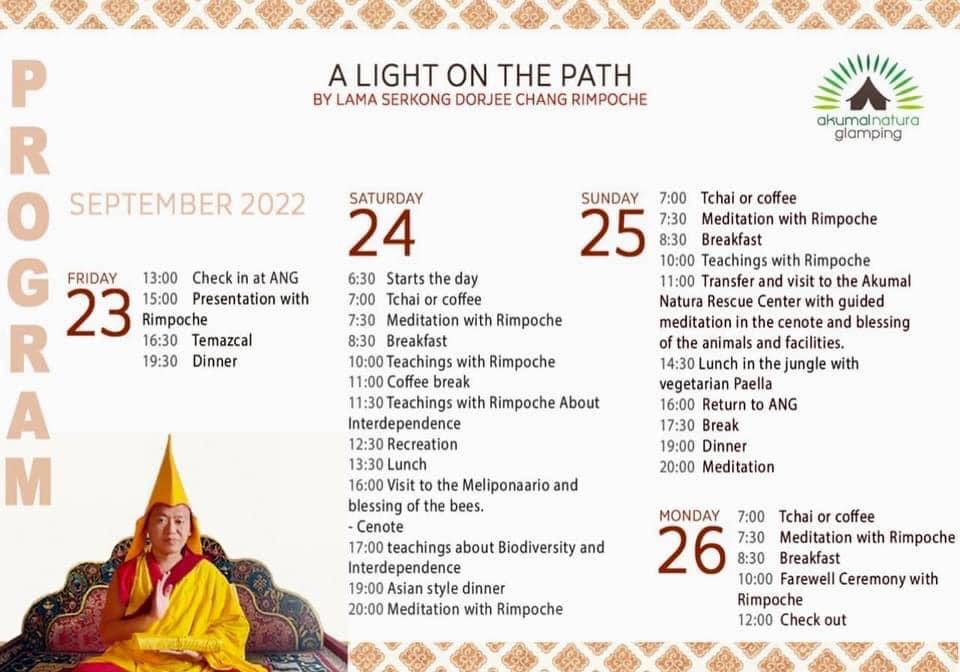 Kyabje Gosok Rinpoche was born in 1948 in the village of Molha, near Lithang, the main town in the eastern Tibetan Kham province. His birth stood out on account of the numerous auspicious signs, the same ones as had been pointed out at his predecessor’s birth. When he was four years old, he was recognized as the reincarnation of the previous Gosok Rinpoche by the Dalai Lama’s tutor, Takdrak Rinpoche. Enthroned the following year in his monastic house, the Gosok Ladang, he was acknowledged as such by the countless monasteries and families that traditionally came under his spiritual leadership.
Education

And three years later, he went to Lhasa to pursue his religious training at the prestigious Sera Med monastery. In 1959, Rinpoche, who was eleven at the time, fled Tibet and went to India. In 1961, he was involved in the building of the new Sera monastic complex, near Mysore, where he continued his studies.

When he graduated at the age of 36, he ranked first among the Geshe Lharampas. That qualification is the equivalent of the highest level of Doctorate in Buddhist Philosophy. He was awarded his degree after having taken part in intense dialectical debates that brought together the most distinguished religious leaders from the three great Gelugpa monastic universities. In accordance with tradition, Rinpoche perfected his religious training in the Gyumed Tantric College where he was awarded the degree of Geshe, expert in tantric teachings . With its monks numbering 500 at the very outside, this monastery, like the Gyutö College, is the largest Tibetan religious school whose curriculum exclusively consists of Buddhist tantric studies and meditation.